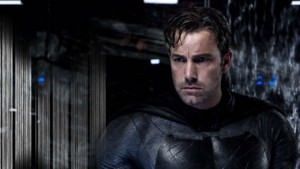 DC Opens Up their Expanded Universe with Batman V Superman: Dawn Of Justice, and Everybody Loses Their Minds

The internet can be a strange place. It seems like an increasing phenomenon that when big events occur, whether they’re entertainment-based releases such as movies and TV shows, cultural or political stories, or any pretty much anything that receives media attention, there is a response triggered on the internet where the public is compelled to take sides. What inevitably ends up happening is the formation of a faux-consensus, a hive-mind mentality, that bands together to promote or attack its target, depending on the verdict that was reached. As a result of this phenomenon, movie releases can be incredibly divisive. At one end of the spectrum, you have the film’s champions, the group that gushes over what they consider the best movie they’ve ever seen. On the other end, you have the haters, the group that attempts to steer the public away from they’ve decided is clearly the worst movie ever made. In the case of Batman V Superman: Dawn Of Justice, which was intended to function as a jumping off point for the DC extended universe, this phenomenon has reached critical mass. There are those who loved the movie, and thought it was one of the best comic book film entries yet. There are many more, however, who claim it’s the worst piece of cinematic garbage you could endure. So where’s the truth? Who’s right? Is it fantastic or is it disasterous? My answer, based on MY OPINION ALONE, might shock some: It’s somewhere in the middle. It’s not great. It doesn’t suck. It’s aight. Here’s what I liked about Batman V Superman. Ben Affleck as Batman was pretty much what I expected. Meaning, he was great. Again, I’m not sure where all his haters are coming from, but the dude is clearly talented and obviously puts a lot into what he does. It shows. His Batman is at times brooding and thoughtful, and at other times physically overpowering and relentless. He comes across as a disturbed individual who has spent his days in the batcave developing his brain AND his brawn. In this film, I thought the character worked really well. Henry Cavill also turned in a fairly good performance as a Superman who feels unappreciated, which in turn leads to resentment and bitterness. His anger shows through the cracks of his goody-goody public persona. Gal Gadot showed the audience that a female superhero character can in fact be compelling and badass. Jeremy Irons is spot on as Alfred, so props to him as well. As a director, Zach Snyder is definitely a style over substance guy, and there are a lot of interesting and striking images here. Visually, the film impresses. Part of that may be due to underrated Director Of Photography Larry Fong being at the top of his game, but in any case, this is at times a very beautiful movie. 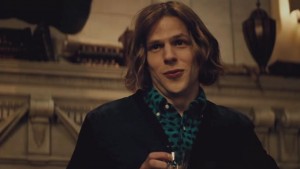 Go ahead. You know you wanna punch me.

Now for what I didn’t like. Jesse Eisenberg as Lex Luthor was cringe-inducing. Ever since I saw the trailer, I had a major “uh-oh” feeling based on my perceptions of his character. Those feelings turning out to be completely justified and on-point, because his smarmy, ADD-afflicted CEO-Lite felt like it belonged in a completely different movie. It seemed like he was totally going for it here, and I can respect that, but if you’re gonna try to channel your inner Heath Ledger and it doesn’t work, then it fails HARD. Eisenberg can act, but there are some questionable choices at play here. Also, the climactic epic battle at the end of the movie is the weakest part of it. There is so much CGI madness exploding in your face that it’s practically impossible to feel any human connection to it. I get that it’s a comic book movie, which by definition deals with a heightened state of reality, but I could have done with a lot less loud dumbness and a lot more meaningful character development as the movie reaches its lackluster conclusion. 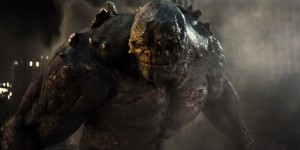 Overall, there was a whole hell of a lot being crammed into a whole hell of a little in Batman V Superman: Dawn Of Justice. There’s even a lot packed into the damn title. When you try to establish a shared universe, introduce new characters, reintroduce an iconic hero, and have everyone square off against not only two villains, but also against each other, chances are you’re going to have a convoluted story. And this film is nothing if not convoluted. If you aren’t already familiar with these characters and their relative backstories, you’re probably going to get confused. I’m starting to think that comic book movies as a whole are suffering from being chained to their source material. When you have the toughest, most invincible heroes to start with, you leave little room for them to grow into who they have to be to achieve their goals before the credits roll. I think that’s what bothers me most about this film. Hopefully someone will find something new in the genre and spice things up a little. Maybe Suicide Squad will bring something new to the table. But with all that being said, don’t let all this stop you from going to see Batman V Superman: Dawn Of Justice. It’s not great, but it is pretty damn entertaining. If you’re a fan of DC comics, or comic book movies, or even action movies in general, you’ll probably find something to like here.