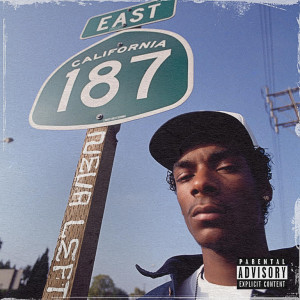 Snoop Dogg Channels his Early 90’s Self on his New Album, Neva Left

Making your way to the top in the music industry, no matter the genre, is a journey enjoyed by a ridiculously small percentage of aspirants. In an industry where so much can go wrong, having it all go right is sort of like winning the lottery twice, back-to-back. However, for those who become staples, and those who even go on to attain “legend” status, getting there is only the beginning. Of course, the real trick in any niche of the entertainment industry is maintaining relevance, and in the rap game, where it seems like there’s a new crop of hopefuls popping up to challenge the throne every week, staying in the spotlight is especially difficult. A common technique among musician mainstays is reinvention, where the artist changes things up in order to present themselves as new and exciting. Yet this is dangerous ground to tread, because it has a tendency to invite backlash from the diehard fans. “So and so sold out” or “So and so just isn’t the same” is the type of common conversation that often emerges from these chameleon artists. Snoop Dogg is now 25 years into his career as a musician, and therefore it should come as no surprise that he has dipped into the waters of reinvention. In fact, he essentially dove in head first a few years ago when he adapted a new stage moniker, “Snoop Lion”, and released a reggae-centric album, Reincarnated. It seems the shtick has worn off, however, because on Snoop’s new album Neva Left, the Dogg is back, and he’s up to his old tricks again.

For the very first track, “Neva Left”, which features a sample that Wu-Tang fans should be familiar with, the old school is strong on this album. From the rest of the songs that follow, and even the album’s throwback cover art, it’s overwhelmingly clear that Snoop has decided the time is ripe to revisit his roots. Musically, the throwback pass is deep, as some of the musical elements even seem 80’s influenced, precluding Snoop’s early 90’s debut. “The Moment I Feared” channels Slick Rick, one of the rap game’s forefathers, “Back In Da Dayz” features a vintage Tribe Called Quest loop, and “Big Mouth” pays tribute to rap pioneers Whodini. Even many of the collaborators on the album are straight from the old guard: Too Short, KRS-One, B Real, Method Man, and Redman. What results from all of this is a nostalgic, but surprisingly fresh collection of songs. The energy is flowing, and the overall variety of music on the album keeps and maintains interest, much like a microcosm of Snoop’s entire career. The music video for “Promise You This” is an uninspired weak point on an otherwise strong album.

Neva Left‘s leadoff single, “Promise You This”, is an ode to today’s rap star: entitled, dependent, the antithesis of the self made man. This song is sufficient, but the accompanying video seems a bit half-assed. At least the message it contains is effective. The lyrical content on this album is all over the place, but unlike many of rap’s contemporaries, Snoop’s rhymes seem genuine and un-selfconscious. He raps about football (“Swivel”), banging younger females (“Toss It”), the change in people’s perception as a result of fame (“Vapors”), and of course, smoking weed (“Mount Kushmore”). Nowhere on the album does there appear to be the exaggeration and posturing you find in so many of today’s rap songs. In fact, it is the moments on the album where Snoop most resembles these “current” rappers that are the weakest on the album. The indecipherable chorus of “Trash Bags” is straight up annoying. I have no goddam idea what “tra ba full of ca” are, but being too lazy to complete your words makes you sound more special needs than gangsta.

Missteps like these aside, the overall content of Neva Left reads like that well-respected grandpa from the neighborhood weaving tales of what the game was like back in the good old days. And maybe it’s just me finding it harder and harder to relate to modern rap as I get older, but Neva Left just feels so damn refreshing. Snoop is at his best when he’s just being himself. At his point, he’s proven that he doesn’t need to adapt and change with the times. Not when he can just do what he does and have it sound like this album. I’m glad the true Dogg is really back, because Neva Left is a just what the rap doctor (not Dre) ordered. However, for those who loved the reggae stuff, there is a “Snoop Lion” sighting towards the end of the album, the lyrically relevant “I’m Still Here”. (and no, it’s not a reference to the odd 2010 Joaquin Phoenix mockumentary of the same name). So Snoop is still here, and the world is better off for it. Go listen to this album and decide for yourself.