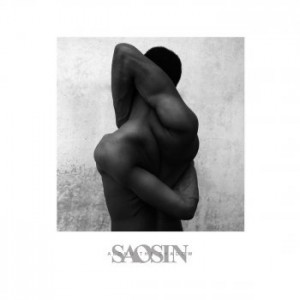 Long Overdue, Anthony Green’s Return To Saosin On Along The Shadow Is Worth The Wait

Let’s take a trip back in time to the year 2003. A little post-hardcore outfit from Orange County, California called Saosin had just released a small collection of songs, a self-produced EP called Translating The Name. Thanks to the rising popularity of the internet as a means of music promotion, and also thanks to the groundbreaking content of the songs themselves, people caught on quickly and sent the hype machine into overdrive. Essentially, with that one EP, Saosin had solidified their spot as “the next big thing” in the changing landscape of the post-hardcore music scene. But then the unthinkable happened. Their singer, Anthony Green, he of the unmistakable voice and effortless charisma, decided to leave the band. Fans of the band were heartbroken at the loss of such a promising young group. It looked like the party was over. But there was too much talent and hype for the proverbial nail to pierce the proverbial coffin. The band opted to recruit a fresh-faced 19-year old singer named Cove Reber to replace Green. They then proceeded to sign with Capitol Records and release a self-titled debut. That album kicked off a moderate amount of success, helped by radio singles and video airplay. The trend continued with the release their sophomore effort, In Search Of Solid Ground. On his end, Green had enjoyed a similar amount of success fronting his own project, Circa Survive. But fans have since been left to wonder what could have been if Green never left Saosin. They say time heals all wounds, and thus Green has taken a cue from the Axl and Gn’R playbook and surprisingly re-entered the Saosin fold. And all of a sudden we’ve been given that Saosin record we had been waiting for since ’03.

With expectations for Along The Shadow at admittedly unfair heights, I’m happy to report that the album is remarkable. It sounds like, well, it sounds like what Saosin would have been if Green never left. A few highlights should be pointed out right off the bat. For one, the production on this album is absolutely top notch, which is notable, because it was co-produced by the band’s bassist, Chris Sorenson, and engineered and mixed by the band’s guitarist, Beau Burchell. There are dynamics aplenty here, with tons of variation in terms of songs on the album and within the parts in the individual songs. We hear heavy, riffy parts, such as in the intro to “Racing Toward A Red Light” and “Ideology Is Theft”, slower, melodic stuff, such as the verses on “The Stutter Says A Lot” and “Old Friends”, wild combos, such as the double-time drums, arpeggiated guitars and screaming vocals on the verses of “The Secret Meaning Of Freedom”, and even some 6/8 grooves, most notably on “Illusion And Control”. Along The Shadow casts a wide net musically, and is somehow able to nail both the peaks and the valleys equally well. The other standout on the album is the impressive drumming of Alex Rodriguez (no, not A-Rod, the other guy). The drums on this album are out of control, and Rodriguez shines from start to finish. There are many moments on the album where lesser drummers would choose to play something basic, but Rodriguez always seems to find more intricate and complicated things to play without sacrificing any of the coherence of the song. Kudos, sir! Anthony Green is back!

Longtime fans may notice a glaring omission from the band’s recent press photos. It seems that when one door opens, another one closes because with Anthony Green’s arrival, we also have guitarist Justin Shekoski’s departure. There were rumors of conflict in the Saosin camp that apparently led to Justin’s leaving, but he has since found a new home as the new guitarist for The Used. This is a huge blow for those wanting a return to the true “classic” lineup. While Beau Burchell is an incredible guitarist in his own right, Shekoski is a straight-up shredder and his contributions can’t be overlooked. I personally remember being on a Canadian tour with Saosin back in the Cove Reber days, and watching Justin warm up backstage left me completely in awe every night. Saosin has recently recruited Phil Sgrosso from metalcore act As I Lay Dying to fill in during live performances, but it’s yet unclear if he has become an official member of the band.

With Along The Shadow, it can be said that the return of Saosin is truly a triumphant one. If you need any proof, head on over to youtube and watch the studio music videos for “The Silver String”, “Racing Toward A Red Light”, and “Contol The Urge To Pray” to watch the guys in action. For those wanting a more authentic experience, go check them out on the Taste Of Chaos tour this summer. In any case, this album has been a long time coming, and being a genuinely excellent record, truly worth the wait.