The Hobbit, Star Wars Episode I: The Phantom Menace, Indiana Jones And The Kingdom Of The Crystal Skull, Fantastic Beasts And Where To Find Them…What do all of these films have in common? Well, besides the fact that they were all disappointing on almost every conceivable level, they all represent failed attempts to recapture former glories, and destined to go down in history as embarrassing, cash-grab installments from franchises previously untainted by such critical failures. It’s a pattern we’re seeing all too often these days, and frankly, it’s kind of sad. I’m not so naive as to question why these movies are being made in the first place. Nostalgia is as good as gold in the currency of modern Hollywood, and I’m sure box office receipts alone will prove that Fantastic Beasts was a win as a business endeavor. But when you take a film like this and put it firmly in its place within the canon of the franchise, it just looks like it doesn’t belong. Let me elaborate.

Like many Harry Potter nerds out there (I’ve seen all the films AND read all the books), I had high hopes for Fantastic Beasts And Where To Find Them.  And why wouldn’t I? Here we have a script written by J.K. Rowling herself, directed by Potter alumnus David Yates, and starring Academy Award winner Eddie Redmayne? Um, take my money! You had me at J.K. Rowling! But apparently, as is often the case, the final product here falls well short of the sum of its parts. So what exactly is so bad about this movie? Well, kind of a lot, actually. But we can start with the tone. I distinctly remember the strong feelings of wonder and imagination I felt when I first discovered the wizarding world along with young Harry in Harry Potter And The Sorcerer’s Stone, the first film in the series. It was so rewarding to peel back those layers, one at a time, for an unobscured look at this magical world taking place just under our noses. But all that sense of wonder and discovery is absolutely nowhere to be found in Fantastic Beasts. When we are first introduced to our protagonist, he is already a seasoned veteran in this world. He’s supposed to function as a surrogate for the audience, as we experience the story through his eyes, but if none of what transpires in the story arouses any sense of doubt or fear or unfamiliarity in him, then how are we supposed to feel these emotions as an audience?

Eddie Redmayne is no doubt a great actor, but his Newt Scamander lacks charisma.

And it’s not like Fantastic Beasts is really doing anything new here. I mean, the setting itself, 1920’s New York City, was an inspired decision and should have made for a compelling backdrop to the story, and while it looked great on screen, I don’t feel like New York was as much of a character in the story as it could have been. Then there are the characters. Unfortunately, in this movie we more Jupiter Ascending Eddie Redmayne than The Theory Of Everything Eddie Redmayne. I know the dude can act his ass off, but his quirky, sheepish portrayal of fantastic beast collector Newt Scamander resulted in critically low charisma value. He simply wasn’t exciting to watch on screen, and I never felt invested in his personal stakes. Similarly, Katherine Waterston, as Newt’s eventual love interest Tina is also one-note. I didn’t get any sense of chemistry between the two of them, and up until the end of the film, I wasn’t even sure if I was supposed to. The two main supporting characters, however, played by Dan Folger and Alison Sudol, were infinitely more interesting than our protagonists, and I felt much more of the drama between them than I did for Newt and Tina. Colin Farrell was perfectly fine as Percival Graves, the film’s villain, but he’s given little in the way of what to do or the screen time in which to do it. While I’m on the subject of casting, I have to risk getting a little spoilery here to mention one of the most poorly handled plot twists I’ve seen on screen in a long time. There is a character reveal that takes place near the film’s conclusion, one that was clearly designed with shock value in mind. But it’s the cheap version of shock value. The audience’s reaction comes more from the actor playing the character than from the reveal of the character himself. In fact, if the character had been played by a lesser known actor, I would imagine the reaction would be more head-scratching and less shock and awe. Hats off to the VFX team. The Obscurus is awesome.

I will concede that there are some redeeming elements in Fantastic Beasts And Where To Find Them. James Newton Howard’s score, for instance, does much more to orient us in 1920’s New York City than the visuals do. The visual effects, however, are top notch, particularly the rendering of the Obscurus, a pulsating form of energy that interacts with its environment in ways I haven’t seen before. The fantastic beasts referenced in the film’s title are adequate, I suppose, but I fail to see how they’re going to factor in moving forward in the the overarching story of the next four planned films. Maybe the filmmakers will find a way to make this happen in a compelling way, but maybe not. I can’t help but feel like the franchise isn’t in the most capable of hands. To be perfectly honest, I’ve felt that way a lot lately about the films coming out of Warner Bros. studio. The failures of this film may in fact fall more on the shoulders of studio personnel than its creators, as there seems to be a running pattern of half-baked story ideas and structure coming from the WB camp, regardless of the filmmakers involved. Who knows? 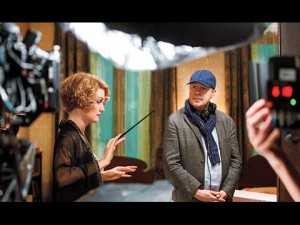 All that negativity being said, I would recommend that Potterverse fans check out Fantastic Beasts And Where To Find Them, as it really isn’t a total waste. As tough as I’ve been on the film, I’ll admit there there are some genuinely good moments. They are just drastically fewer and further between than one would expect coming from a Harry Potter franchise film. I may just be coming down on the film a little harder because I was expecting it to be great. However, it’s been proven time and again that you can’t always catch that lightning in a bottle twice, regardless of the quality of the bottle. The magic may not be entirely gone from this franchise, but it will no doubt take some magic to restore it back to its former state.